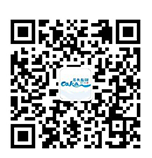 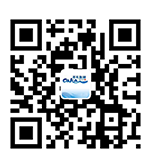 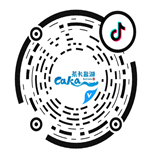 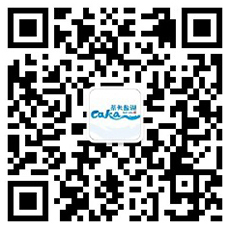 Located in the northeast of Qinghai-Tibet Plateau, Caka Salt Lake covers an area of 105 square kilometers. The area of Caka Salt Lake Scenic Area is about 30 square kilometers. With a long history and a long-lasting salt culture influence, Caka Salt Lake is one of the salt culture birthplaces. It was called Salty Pond of the Western Heavenly Palace in ancient times. Caka means salt lake in Tibetan. It is also called a sea of blue salt. It is both a model of the supply side reform in Qinghai Province and a model of tourism + poverty alleviation in China.

The natural landscape of Caka Salt Lake is unique and wonderful. Surrounded by the Qilian Mountains, the Kunlun Mountains and Mountain Xiangpi, Caka Salt Lake reflects the beautiful cloud-capped snow mountains like a mirror and produces beautiful dynamic scenes in which the lake reflects the sky, the sky and the ground are connected and people walk among lakes as if they wandered in a fairyland. It is called “China’s Mirror of the Sky" by tourists and it has been listed as one of “the 55 places that people must go to in their life” by the National Tourist Geography Magazine.

Located at 36 degrees north latitude, Caka Salt Lake is on a pollution-free plateau. At night, the unique natural environment, the extensive view and the pure lake surface form a magnificent picturesque scene, and the sky with scattered stars and the lake surface are integrated as if numerous stars fell on a mirror. The lake is called “China’s Mirror of the Night Sky” and it is China’s first most beautiful sky filming base.

Caka Salt Lake is famous for halitum and salt has been produced for over 3,000 years at Caka Salt Lake. It is still being produced now. During the Anti-Japanese War, the salt produced at Caka Salt Lake was sent to the inland and the frontline to help the Chinese people fight against the Japanese invaders. In the 1950s and the 1960s, people of the salt industry came from various places to Caka Salt Lake and built China’s salt production line at the lake to promote the construction of New China. The scenic area began to innovatively and flexibly make use of the heritage of the salt industry based on the scenic area protection in 2008. They exhibited the industrial heritage such as the 100-year-old tracks, locomotives, conveyer buckets and electric power facilities, developed sightseeing mini-trains running along a 4.8-kilometer track based on the 100-year-old tracks, and designed a 4.7-kilometer sightseeing boat course on the salt lake based on the old salt mining course to fully demonstrate the industrial culture of the scenic area.

Caka Salt Lake plays an important role in the implementation of the Belt and Road Initiative. It was an important station of both the ancient Silk Road (Qinghai Section) and the Ancient Xi’an-Lhasa Road in ancient times. It was an important crossroads for people from the Central Plains to go to Tibet. Prayer Flags Square and Lake Sacrifice Aobao can be visited and unique folk performance can be watched in the scenic area. On the 15th day of the 5th month of the Chinese lunar calendar, a sacrifice ceremony is held for the lake annually and the ceremony has lasted for over 240 years.

Honors of the scenic area:

China’s Mirror of the Sky

In 2018, the scenic area was honored as 23rd of China’s top 100 smart tourist attractions” by CIWEEK[p4]  and it was honored as “The 2018 Beautiful China Ranking List — China’s Best Natural Landscape Tourism Attraction” by China Internet Information Center[p5] .

“The 2018 Qunar.com [p6] Most Popular Tourist Destination” approved by Qunar.com

Caka Salt was honored as the national geographic protection logo 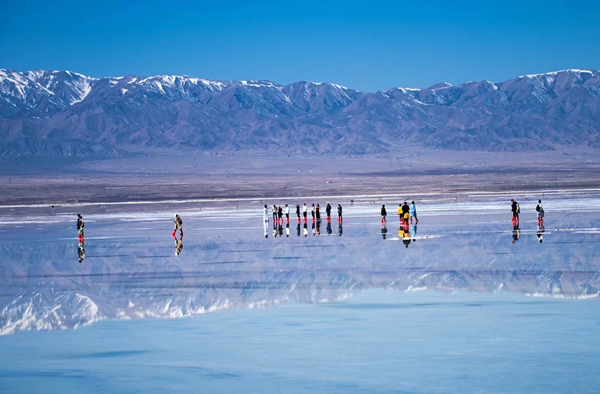 Natural Environment: Mirror of the Sky

Lying at an altitude of 3,059 meters, Caka Salt Lake covers an area of 105 square kilometers. The area of Caka Salt Lade Scenic Area is about 30 square kilometers. The salt content of the lake water is extremely high. Caka Salt Lake is a brine lake with both solid salt and liquid salt. The lake surface is vast and open surrounded by flat ground. It has very good specular reflection capacity. Caka Salt Lake produces beautiful dynamic scenes in which the lake reflects the sky, the sky and the ground are connected and people walk among lakes as if they wandered in a fairyland. It has been honored as “China’s Mirror of the Sky".

Located at 36 degrees north latitude, Caka Salt Lake is on a pollution-free plateau. The particularly favorable natural environment enables visitors to clearly watch the vast Milky Way and glaring meteors. In the reflection on the lake surface, the sky with scattered stars and the lake surface are integrated as if numerous stars fell on a mirror. Therefore, Caka Salt Lake at night is called “China’s Mirror of the Night Sky” and it has been honored as “China’s first most beautiful sky filming base”. 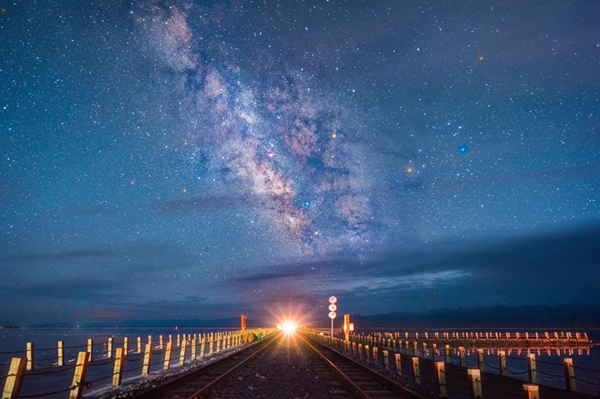 This railway track extends to the center of Caka Salt Lake. The track gauge is only 60 centimeters. The railway track was built in the 1950s and some part of it was made in Russia in 1904. There are only a few narrow-gauge tracks that exist and are still being used like this track in the world. The narrow-gauge track was originally used to transport salt. Boats began to be used for salt mining and transport in 2008 and the railway track was less and less frequently used to transport salt since 2008. However, this track that has recorded the changes in the Chinese industrial age full of enthusiasm has been reserved. It traverses Caka Salt Lake. The combination of the track and Caka Salt Lake has become beautiful scenery with unique artistic landscapes. 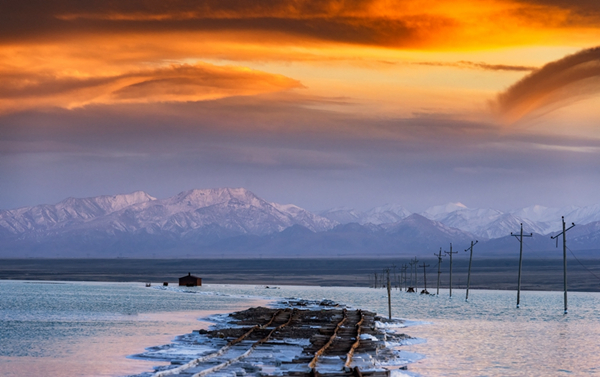 The local people believed that Goddess Muyolosangma of Caka Salt Lake was the third student of Palden Lhamo and the guardian angel of Caka Salt Lake. She was in charge of salt — the number one of numerous condiments. The statue of the Caka Salt Lake goddess was completely made of highly-pure high-grade white marble. The whole statue was 28 tons heavy and 6.3 meters high, including the height of the pure statue — 4.5 meters.

Wander in a Fairyland: Train of Caka Salt Lake

In the early development stage of Caka Salt Lake, the mini-train went out of and came back to Caka Salt Lake to transport salt and facilitate salt mining. As the mining technology upgraded and updated, the railway track and mini-train gradually stopped being used for the industrial purpose at Caka Salt Lake. Now riding the mini-train has become an indispensable experience item for the Caka Salt Lake visitors. The mini-train shuttles back and forth in the silver world as if it moved in a fairyland. 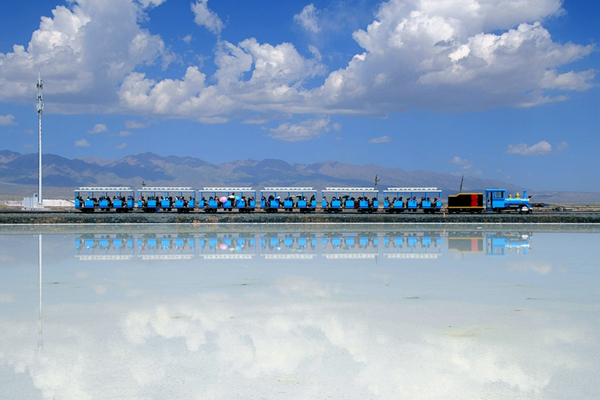 Caka Salt Lake is the most beautiful when it is at sunrise or sunset. Colorful clouds and the salt lade illuminated by the rising or setting sun form a particularly beautiful picture including the mirror-like lake water surface and the colorful sky. The scenes are loved very much by visitors. On May 9, the sunrise time is about 6:30 and the sunset time is about 19:30 at Caka Salt Lake. 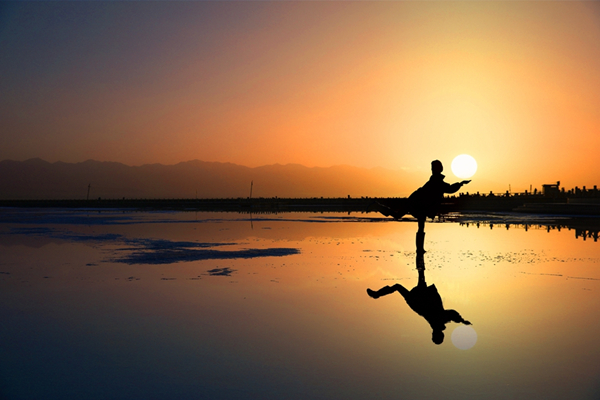 The sacrifice ceremony for the lake has been held for 241 years at Caka Salt Lake. On the 15th day of the 5th month of the Chinese lunar calendar, a sacrifice ceremony is held for the lake annually, and shepherds bring their pine gum, chypre, yak butter, highland barley, zanba, milk, liquor, etc. to the statue of Goddess Muyolosangma wearing their best clothes. They attach colorful khatas to tree branches, hold various festival activities with the ethnic features such as horse racing, archery and wrestling. On May 20, 2006, the sacrifice ceremony for Caka Salt Lake was firstly recorded in China’s intangible cultural heritage list. 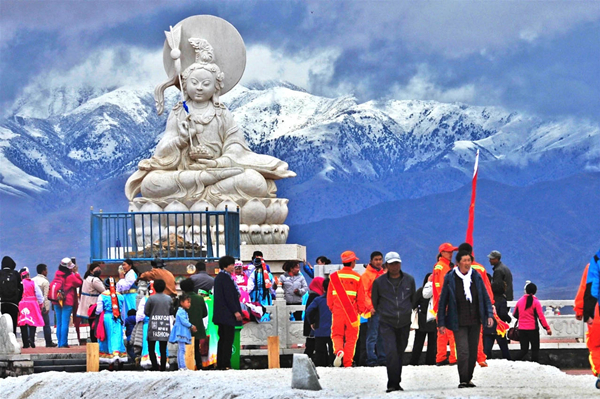 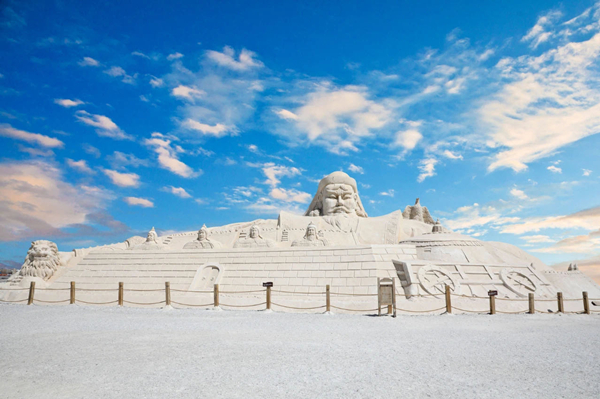 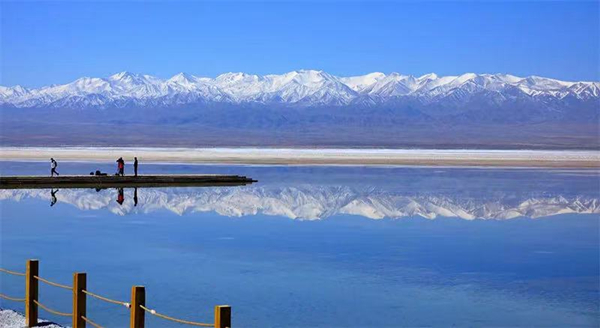